Towards a 24 hour all-European general strike!

Following the initiative of Joe Higgins and the other left Members of the European Parliament to organise a European Week of Action in June against the cuts and bank bailouts, the idea of the need for a continent-wide response from workers to the crisis has taken a firmer hold with the call by the European Trade Union Confederation (ETUC) for a day of protest on 29 September.

That day will be marked in Spain by a general strike involving millions of workers and by an anticipated 100,000 plus strong demonstration in Brussels which will be mobilised for in France, Germany and the Netherlands as well as Belgium. There are also protests announced on that day in Portugal, Britain, Italy, Latvia and Poland.

In Belfast, a protest at City Hall has been called for by the Stop the Cuts Alliance initiated by the Socialist Party, with the support and participation of other left parties and trade unions. The Northern Ireland Committee of the Irish Congress of Trade Unions (NIC-ICTU) then made a belated separate call for a protest at 12:30pm on the day at the same venue! NIC-ICTU has a token lobby of the politicians in mind.

Their declared strategy to defeat the cuts agenda in Northern Ireland is to build an alliance among all the establishment Assembly parties despite the fact that they are already committed to implementing the cuts and to then link up with the governing parties in the Scottish and Welsh Assemblies (who are no better than their Northern Ireland equivalents) for a united front against the Tory/Liberal Democrat government in Westminster!

However, the Stop the Cuts Alliance will undertake a real campaign in the workplaces to get numbers out on the day in Belfast.

ICTU make the call for a protest

ICTU belatedly made a public call for a protest from Anglo Irish Bank to the Dáil for 29th September beginning at 12:30pm

It is vital that an appeal is made to workers in all sectors, not just the community sector, as well as to the unemployed to come out on 29 September. Likewise, the slogans and arguments we need to encourage workers in general, while not ignoring the devastating effects on the community and voluntary sector, need to focus on the other issues like the forthcoming budget cuts, the latest multi-billion euro bank bailout and the deteriorating unemployment situation and the spate of pay cuts for those who remain in work.

To that end, the Civil and Public Service Union (CPSU) Activist Group and Joe Higgins MEP initiated a meeting with trade union activists and other left groups to discuss how an independent campaign can be run to get other unions, nationally and at branch level to endorse the 29 September Day of Action and bring their members out on the protest at lunchtime outside the Dail on the first day of their return after the summer break.

The future of the Croke Park deal in large part rests on the assumption that the economy will pick up and the government will not come to workers looking for more.

These assumptions put about by the government and ICTU leaders are enormous hostages to fortune. The recent downgrading by the rating agency Standard and Poor’s has punctured the myth that pain inflicted would reap a reward. The realisation that we have not seen an end to the bailouts and that the economy is still in decline and another savage budget is in the pipeline will reconcile more and more working people to the need to struggle to bring down this government.

Having just done a rotten deal with the government to try to ensure industrial peace in the public sector whilst the government impose historic counter reforms, it will not be a surprise if the ICTU leaders do not organise a protest or simply engage in a publicity stunt.

Across Europe, the conditions are ripening for the development of a European wide general strike against the EU government’s austerity attacks. Millions will engage in strikes and protests on 29 September. We need to campaign across the public sector and other workplaces and within the unions to maximise the protest on the 29 September outside the Dail.

The international character of the 29 September Day of Action and the other emerging struggles across Europe are themselves also an answer to the pro-capitalist commentators who prey off a false idea that workers in Ireland would be an isolated pariah if they seriously and successfully struggled against this weak Fianna Fáil/Green Party government.  29 September will be a reminder that we have millions of brothers and sisters fighting the same system across the continent. 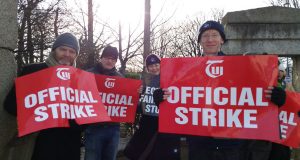 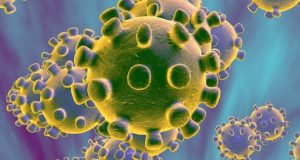 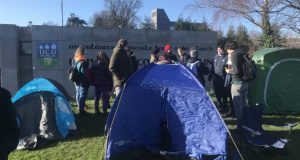