the Socialist spoke to ROBERT KEANE, an unemployed construction worker from Blarney, Co Cork, about the cancellation of the Christmas bonus and the threat of cuts to the basic rate of social welfare.

“I HAVE a partner and three kids aged 11, 8 and 3. My income is more than €300 a week less than when I was working.
“I had to wait 14 weeks for my dole to come through and relied on savings while I was waiting.
“The cancellation of the Christmas bonus is a blow. I wouldn’t know too much about the bonus because I was working last year but every child wants an Xbox or a Playstation or whatever and now you just can’t afford what you could afford last year.
“This is very hard to explain to the younger ones. My eight year old cannot understand why she will be getting less presents this year. She says, ‘But I was good’ and ‘Santa always gets me stuff.’
“It is an outrage that the government are thinking about cutting social welfare. I would like to ask Brian Cowen if could he survive on €200 a week? I do not think he would be able to.
“Thank God the cats and dogs are not relying on the government otherwise they would starve. This government is heartless, they put us in this mess and are hitting the most vulnerable people. Not once did I hear this government say, ‘we will create work and put money into holding or saving jobs’. We are obviously not in their bankers’ club.
“The whole country should unite and strike for as long as it takes. I do not think a one-day protest is enough, maybe more like a week or so. Ministers and TDs are meant to work for the people, the people should be the bosses, that’s my view.” 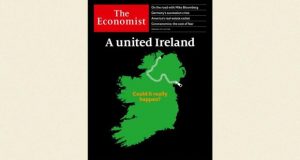 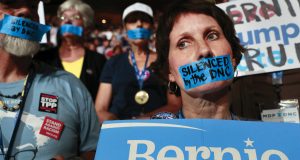